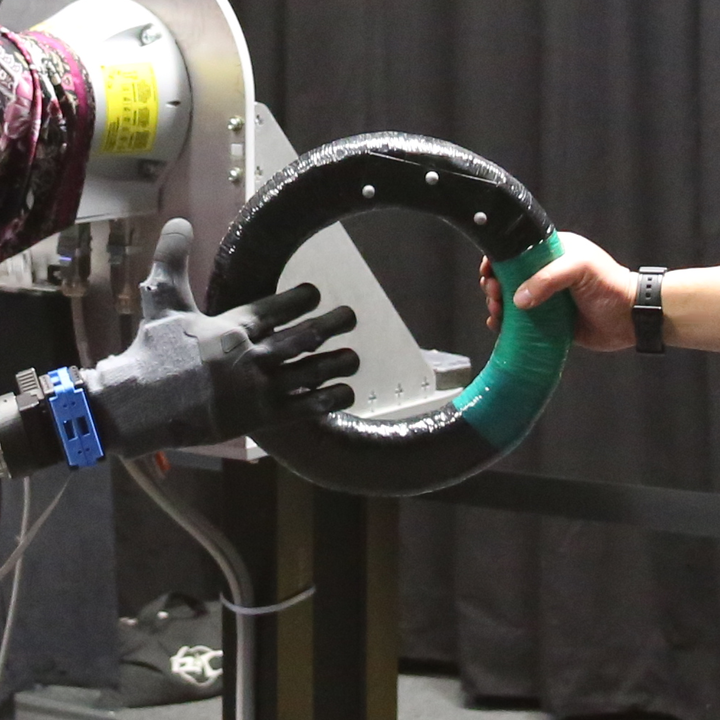 We present a system for fast and robust handovers with a robot character, together with a user study investigating the effect of robot speed and reaction time on perceived interaction quality. The system can match and exceed human speeds and confirms that users prefer human-level timing. The system has the appearance of a robot character, with a bear-like head and a soft anthropomorphic hand and uses Bézier curves to achieve smooth minimum-jerk motions. Fast timing is enabled by low latency motion capture and real-time trajectory generation: the robot initially moves towards an expected handover location and the trajectory is updated on-the-fly to converge smoothly to the actual handover location. A hybrid automaton provides robustness to failure and unexpected human actions. In a 3x3 user study, we vary the speed of the robot and add variable sensorimotor delays. We evaluate the social perception of the robot using the Robot Social Attribute Scale (RoSAS). Inclusion of a small delay, mimicking the delay of the human sensorimotor system, leads to an improvement in perceived qualities over both no delay and long delay conditions. Specifically, with no delay the robot is perceived as more discomforting, and with a long delay it is perceived as less warm.